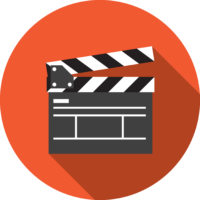 Audiovisual 2010 – Please note that this is the last, and therefore definitive, distribution of rights for this reference year. You or your representative have up to six months after this payment to inform us with any objections to this distribution. A first allocation of rights for this reference year had taken place in 2014. Your rights were calculated based on your repertoire, as it was declared up until 31st December 2016: This being the deadline to declare audiovisual recordings for that reference period.

Audiovisual 2013: This distribution is based on the declared repertoires as registered in our database. If you still have recordings to declare for this period, you have until the 31st of December 2019 to do so.

Where do my rights neighboring come from for an audiovisual distribution?

Unlike musical works, only two remunerations are behind your rights as an actor and / or as a musician whose musical performances are used in audiovisual works:

What artistic performances generate rights for an audiovisual distribution?

From the moment a performer realises an artistic performance within an audiovisual work, this performance is likely to generate neighbouring rights: this extends from a performance within an audiovisual work, to a performance in dubbing and / or postsynchronization or even music in an audiovisual recording. Any distribution by PlayRight is based on declared repertoire, each artist must declare his artistic performances. We then match your declared repertoire and the playlists from the TV channel addressed to a Belgian audience. However, the data in our possession (the broadcast list for each TV channel) aren’t very detailed. Your Account Manager has to look for a set of crucial information before we can match your declaration with the lists we receive.

How were these rights distributed?

An amount of rights is allocated for each audiovisual work, according to its duration and audience rate. The overall amount allocated to the work is then divided among the performers, according to their role in the recording (A: main role, B: second role, C: small role).

For the final distribution of 2010, only television channels with an audience rate greater than 2.5% were taken into account: EEN, CANVAS/KETNET, CLUB RTL, 2BE, La Une, La Deux, RTL TVI, VT4 and VTM.

For the first distribution of 2013, a list of the television channels to be taken into consideration and the minimum audience rate to be reached by each audiovisual program to be taken into account were fixed by the Board, in accordance with our general regulations. This list and this minimum rate can be adapted annually; they are published on the PlayRight website. For each audiovisual program which contains one or more artistic performances, PlayRight attributes a weight, which is based on the audience rate the duration of the work. The weight of each identified audiovisual work will determine the amount of rights to be allocated among the performers present on the recording.

Based on these parameters, the programs for which we have made a first distribution come from the following TV channels: 2BE, Canvas, Club Rtl, EEN, Ketnet, La deux, La une, Plug Rtl, RTL TVI, VIER, VIJF, Vitaya and VTM.

For lack of having all the statements for each record at the time of a first distribution, PlayRight realizes a virtual casting for each work. Such an operation freezes the rights of potential artists who have not yet declared their services.

If you have specific questions about these two distributions, do not hesitate to contact your Account Manager (his details appear in the left pane, once connected to your online portal).

This was the last distribution of the year 2017.