From TV to theatre: the rise and popularity of Michiel De Meyer 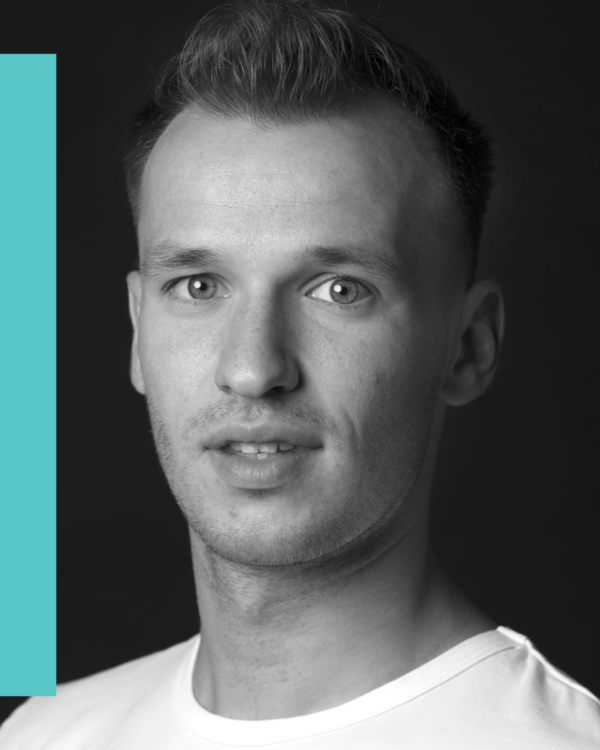 He is young and wants something. And whatever he wants to achieve… seems to be working out just perfectly. Of course we are talking about Michiel De Meyer, by many better known as Arne from ‘Thuis’, Jules from ‘Ghost Rockers’, and now also as Louis Segers in perhaps the most popular musical in Flanders, ‘40-45’. Just 25 years old and having graduated only two years ago, but his career seems to have gotten off to a flying start. When did he start acting? And how does he manage to secure one big role after another, even though he had little experience? PlayRight asked him everything!

He is young and wants something. And whatever he wants to achieve… seems to be working out just perfectly. Of course we are talking about Michiel De Meyer, by many better known as Arne from ‘Thuis’, Jules from ‘Ghost Rockers’, and now also as Louis Segers in perhaps the most popular musical in Flanders, ‘40-45’. Just 25 years old and having graduated only two years ago, but his career seems to have gotten off to a flying start. When did he start acting? And how does he manage to secure one big role after another, even though he had little experience? PlayRight asked him everything!

How did you start off your career as an actor?

Michiel: When I was 12 years old, I participated for the first time in the musical ‘Pinocchio’ by Studio 100. It had always been a dream to perform in a musical, and from that point onwards it became a continuous hobby. Nevertheless, my parents obliged me to finish high school in a “normal” school, instead of changing to artistic studies. After that, I did an exam to enter the Dance Academy, Musical Department, in Tilburg, The Netherlands. Besides singing and acting for theatre, there the focus is also on dancing. Since that was what I was least advanced in, I decided to apply to do my training there so to end up mastering the three disciplines of musical. When I graduated, I went to audition basically anywhere I had the chance, because I wanted to get a job as quickly as possible. That’s how I ended up in ‘Ghost Rockers’ [youth series in Flanders], and then in ‘Thuis’ [Flemish television soap opera]. My first jobs were on TV rather than in theatre.

Was it a coincidence or was it your intention to make that switch to television?

Michiel: It had not really been my intention, but I must admit I did like it. I had, however, never been trained to act for television, so I did not know at all whether what I was doing was any good, but I wanted to experience it anyway. I was lucky enough to be in the right place at the right time. In ‘Thuis’ they happened to need a type of character that fit my appearance, and another plus was that I was still unknown, so the audience had never before seen me as another character. This opportunity brought me where I am now, because thanks to ‘Thuis’ I had the chance to participate in ‘Steracteur Sterartiest’ [Flemish singing competition with actors].

Did you start singing because of ‘Steracteur Sterartiest’ or did you already have the ambition to make music?

Michiel: I’ve had singing classes during my musical formation, but that was nothing like the ‘pop style’ that is rather popular here in Belgium. Thanks to my role in ‘Thuis’, I was asked to audition for ‘Steracteur Sterartiest’. I supposed that the chances that I would be selected were low, but then they chose me and a few weeks later I would be in the live shows. At that moment I thought: ‘what are the chances that I win this’… and I won (laughing). I had to adapt to another genre of music, though.  After my victory, I was offered a record deal with CNR Records with which I have now released two singles, and we are working on a few new things.

What are you currently focussing on?

Michiel: I quit ‘Thuis’ because I no longer thought my character to be interesting and innovative enough, so now I invest most of my time in the musical ’40-45’, in which I took over the character of Jonas Van Geel. Furthermore, I also sing in the Ketnet Musical and the Ketnet Band. Mainly theatre crosses my path this year, while I’m less involved in television.

Michiel: I suppose I do prefer theatre, because everything is live. You can lose yourself more in your character, it’s more real. But I would also like to be back on TV, of course. Quitting ‘Thuis’ was a risk since I would disappear completely from the screen, but I do not regret it.

You have recorded two singles, are there any further plans in the music scene?

Michiel: Yes, I really want to continue singing and release new songs, and I write lyrics myself, but I still find it very hard to find exactly what I want, what I want to tell and what my genre is. That is why I take it easy. There are a lot of other things that I am working on right now, such as theatre, so writing lyrics got side-tracked and happens now and then. After ‘Steracteur’ I started my own band, with which I performed a few times last summer. This summer there are mainly gigs planned with the Ketnet Band. I would love to make more music with my own band, but to do so I need time and good support.

What kind of support?

Michiel: Support from different angles. I’m lucky to have CNR backing me. Whenever a track of mine is ready, and if they like it, they finance it. Furthermore, I also need musical support since I don’t know how to write music myself. It’s important to find a good connection with someone who can put down on paper what I mean, together with me. And I have a couple of those people around me.

You are e member of PlayRight, but how do you manage your career as an actor and a singer? Do you have an agent?

Michiel: Yes, I have an agent because I do not really understand much of all that myself. During my studies, I never received any kind of information on what you should do as an artist, which societies and organisations support you, what you should join, and so on. Result: you enter professional life as a young actor, not knowing anything about your rights. More experienced colleagues advised me to join PlayRight. I looked up what you do more concretely and decided to join. My agent does basically everything for me, declares all my performances and updates my IMDB page. Anyway, I have never received any information about my rights during my studies, but I’m convinced that schools and universities should really invest in this, for example through classes and workshops.

Was it hard to find a job when you graduated?

Michiel: I was very lucky and did not have to put tons of effort into it. Of course I did a lot of auditions, often without success, but suddenly Studio 100 called me up for a role that would last two seasons. All of a sudden I would appear on television, with the largest production company in the field. At that point it is important to give all you have and do exactly what you are asked to do. Next, I auditioned for ‘Thuis’ and also there I was lucky that I put down a good audition and that I fit perfectly with the character they were looking for in terms of appearances. In short, as a young actor that had just finished his studies, I was in a luxury position. And then ‘Steracteur Sterartiest’, a national prime-time programme, came on television. By winning that, I got some sort of title that producers can work with for promotional matters, hence, the requests for musicals came in exponentially.

I’m quite good at doing auditions (laughs), which really is an advantage. Some very good actors are just bad at auditioning, which is a shame, because auditions are the moments when you must show who you are and what you are capable of doing. That way, directors and producers get to see who they will be working with. As soon as you work for a production company that needs your name to sell, you really have an edge on someone who is still unknown. That’s a bit nasty, bit that’s how it goes in the world of acting.

Any advice for young actors who have just graduated?

Michiel: That’s a tough one. What I did, is accept everything that presented itself. Don’t be too selective and try out things that you might not like, as well. I know that many people don’t want that, but I’m glad that I tried everything once, since that taught me what I absolutely did not want to do. In the beginning it is trial and error, because you have no clue about what suits you before you enter the professional field.

Furthermore, I would recommend everyone to create. That’s something I don’t do enough, but I want to set up more projects as well. Another piece of advice: call directors and casting directors and invite them whenever you are performing, and keep contacting casting agencies for jobs. They might think ‘there he is again’ but let that never stop you!

What’s your position towards the changes in the digital media landscape? Are you worried about that?

Michiel: Hmmm, I have not put much thought into it so far. TV is perhaps a dying medium in favour of Netflix and the like, but who are we in Belgium, in Flanders, to mean something on that international market…

Do you think that your profession as an actor is endangered?

Michiel: I see my profession in two different parts: theatre, on the one hand, and TV, on the other. In the latter I’m currently less involved, while theatre and musicals are booming! There’s even a way too wide offer.  ’40-45’, for instance, is so popular that they are outcompeting everyone else. Entire Belgium wants to see the musical and, as a result, there’s no interest anymore in other musical pieces. That’s an issue. In any case, it is food for thought, and I think way too little about that. Is that very bad for your interview (laughs)?

By the way, I still really want to do my bit for Flemish films! Making them cool again by introducing new ideas, and of course I’d love to play in one, too (laughs).

Are there specific plans for new projects?

Michiel: This summer people can see me in ‘Titanic’ the musical, and in ‘Mama Mia’, and ’40-45’ runs until May 2020… so a lot of musicals and theatre. Besides that, I want to write and release music, make a movie with friends… I still want to do so many things! But for now, it’s waiting for the moment when I have less work, so I can finally start creating myself!