The General Assembly 2020: an overview 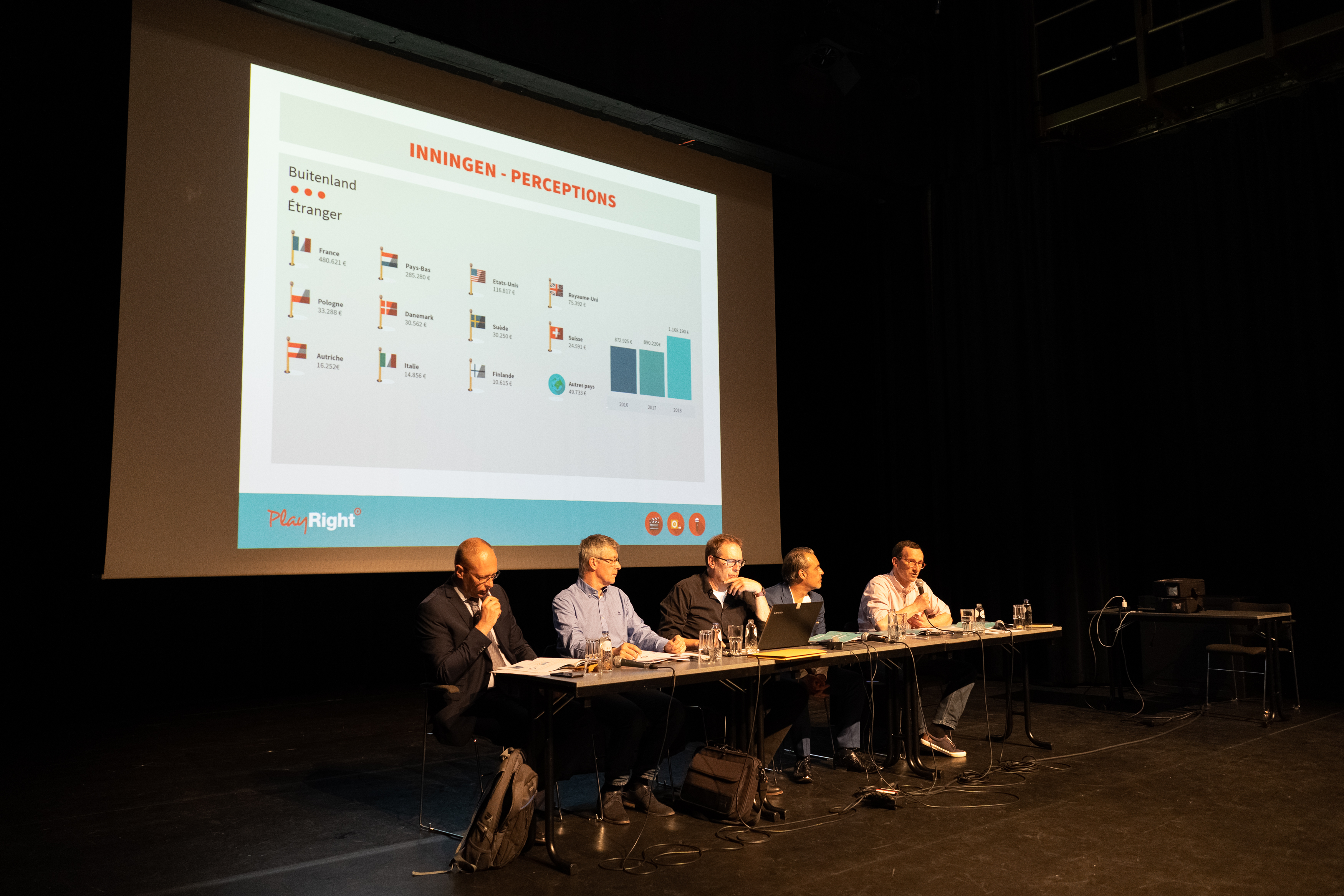 The annual General Assembly for PlayRight artists-associates looked slightly different this year. Originally planned for 15 June 2020, the Assembly was postponed to 7 September 2020 due to the Corona measures and took place behind closed doors. A review of this annual event and an overview of the figures!

As our associates could not meet in person to express their voices like each year, shareholders were invited to vote via a written statement. On 31 August 2020, an information session was organised (via “zoom”), in order to present and comment on the Collecting society Report and the annual accounts, the reports of the auditor and the proposed adjustments to the General Regulations of PlayRight. Also questions of the shareholders could be answered.

The votes were organised via a written statement, and the counting was carried out under the control of a judicial officer, which made it possible to appoint the new directors within each college and to approve the annual report and accounts for the year 2019.  Also the proposed adjustments to the General Regulations were approved.

And the good news continues, because as for the distribution of rights realised in 2019, we can observe an increase in the total amount of rights distributed amongst our performers!

During the General Assembly, the shareholders were invited to vote for the new members of the Board of Directors. This year, five out of sixteen mandates had to be filled, while the mandates of Roland De Greef and Chris Peeters came to an end.

For the Music College, Michael Schack was elected as Dutch-speaking director for a four-year mandate and Fabian Hidalgo was elected as French-speaking director for a four-year mandate. Congratulations to the new Directors of the PlayRight Board of Directors! Roland De Greef has not been re-elected and Chris Peeters has not stood for re-election. Thank you very much for the completed mandates!