United music of Brussels: musical walk in the capital 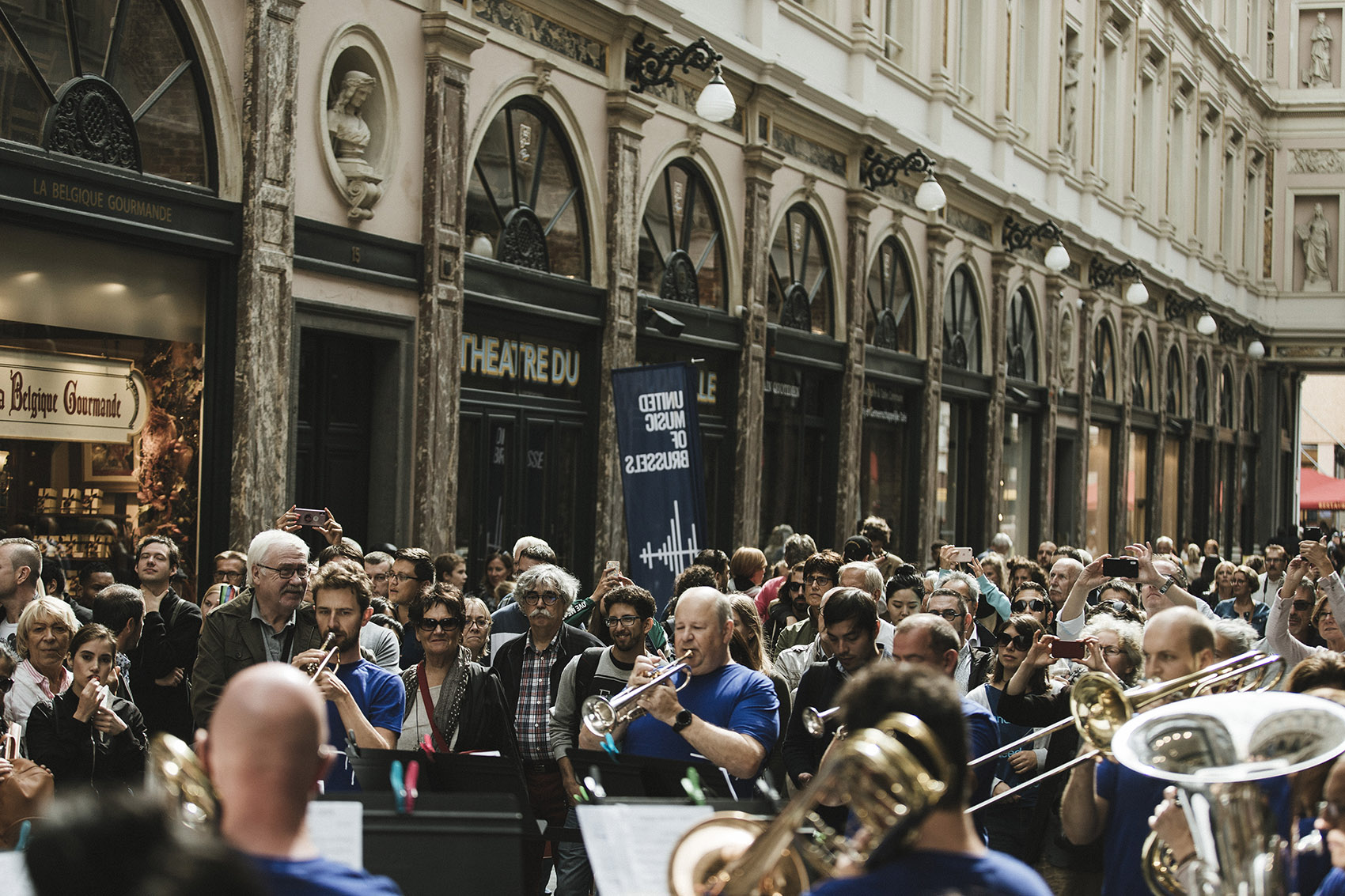 Musicians on the streets! For the fourth edition, the musicians of La Monnaie, the National Orchestra of Belgium and BOZAR will perform at the most characteristic places of Brussels. Come and party in the streets of our capital on 7 September 2019, during this new edition of United Music of Brussels!

Being an initiative supported by PlayRight+, United Music of Brussels unites the Belgian National Orchestra, La Monnaie and BOZAR. The aim of the festival is to “actively invite the public to explore Brussels on foot with music as a silver thread”.

This format not only creates a unique and accessible framework for everyone, but also allows you to (re)discover classics with a new twist. Before the  start of the festival, the musicians are asked to reinvent their performances  and adapt them to the audience and the setting in which they will perform. Result: previously unheard of and original co-creations, such as is the case for the kick-off of the 4th edition of United Music of Brussels. The National Orchestra of Belgium and the Concerto for Cello and Wind Orchestra will be accompanied by Zwangere Guy, the revelation of the Brussels rap scene.

This year, musicians are not the only artists of the festival. Just as during Roaring Twenties Revisited, some concerts will be accompanied by beautiful dance performances. No stage here to perform a choreography on. Charlotte Vanden Eynde, for example, will set up a stage fashion show, while the National Orchestra of Belgium and Frank Peters (piano) will perform Aubade.

Elsewhere, the melodies of Piazolla will be mixed with Bohemian Rhapsody, or even more, the sounds of Elvis Costella will be reinvented by a string quartet and complemented with singing. Finally, various rehearsal rooms will exceptionally  be opened to the public.

In short, new sets, new sounds, reinvented performances… You know what to do on 7 September!