Online streaming platforms dominate the way we listen to music and watch series or movies. Lockdowns and quarantines amplified this, the trend has become the norm: online platforms have witnessed a staggering increase in their number of subscribers (and their revenue, as well) over the past two years.

We could therefore logically but naively assume that performing artists have received more rights for the digital dissemination of their performances. Especially because these actors and musicians were often out of work during the lockdown. But nothing could be further from the truth! Actors currently do not receive a single euro for the online dissemination of a series or film in which they play. As for the musicians, they receive, at best, only a meager remuneration for the digital distribution of the tracks in which they took part.

Hence, a large number of performing artists are now mobilising by feigning a move to Spain (where the digital dissemination legislation is better) or addressing their concern on social media. They encourage signing the petition.

The objective: to ask the federal government to better protect their rights for the digital dissemination of their performances. You, too, can join the campaign to defend your rights by doing your own video and signing this petition:

The fact denounced by the campaign are not new, so why did they wait until now to act?

The campaign was activated in the context of the implementation of a European directive in Belgian law. This directive, which was adopted in 2019, aims to harmonise European legislation in the field of copyrights and neighbouring rights. One of the principles included therein is that a performing artist should receive an appropriate and proportionate compensation for the diffusion of his or her work (including online exploitation). This would mean a real breakthrough for performing artists.

The Belgian government has the opportunity to really modernise the legislation by strengthening the rights of the performing artists. And that is (all) what artists are asking for. 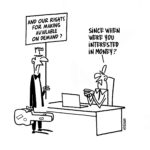 The Copyright Directive: the implementation process has started 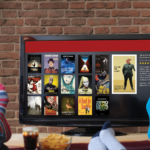