When a performing artist (musician, actor, dancer, vaudeville or circus artist) takes part in the performance of a work, and if that performance is recorded and then broadcast or copied, the artist in question is entitled to a remuneration/fee. In other words, the artist acquires a neighbouring right at the moment of the performance.

This remuneration is a compensation for the fact that once recorded, the music and audiovisual works you have participated in as a performer can, in certain cases, be exploited without your consent.

The remunerations that are at the origin of your neighbouring rights as a musician in Belgium are the following:

The equitable remuneration is a financial compensation for a certain use of the recorded music which does not require the authorization of the musicians and producers. On the one hand, broadcasters must pay the equitable remuneration for broadcasting recorded music. On the other hand, shopkeepers, hotels, restaurants, bars and event organisers who broadcast music in a public place must also pay for this legal license.

2- The remuneration for private copying

The law authorizes the copy of music and films on devices and media such as CDs, tablets, USB sticks, computers, etc. without the required consent of authors, performers and producers, as long as the copy is made for private purposes.

As a compensation, the rightsholders have a right to remuneration called “remuneration for private copying”. This remuneration is debited when purchasing devices and recordable media (listed in a royal decree). It is collected by Auvibel and then distributed at one third to each one of the collecting societies who represent:

The performers also have a remuneration for lending rights. The principle of this remuneration is the same as the private copying: a performer cannot prevent that libraries lend their recordings, so likewise, these institutions have to pay a remuneration to the rightsholders for lending the recordings they participated in. Once collected, PlayRight handles the distribution of the share that belongs to the performers, for one or several reference years.

The share of the remuneration for the lending rights concerning sound and audiovisual recordings is currently estimated at 16.5%. Auvibel is the company in charge of distributing this share of remunerations collected by Reprobel. Then, Auvibel transfers one third to each one of the collecting societies who represent:

In 2011, the term of protection of neighbouring rights for music recordings was extended from 50 to 70 years. Because of this extension, the producer may continue to exploit the recordings for a longer period, but he must share the income that he acquires during this additional protection period with the musicians. The producer must, therefore, cede 20% of this income to the collecting society that represents the musicians.

In January 2017, PlayRight succeeded to obtain an official mandate to collect and distribute this remuneration. It is valid for recordings made since 1963.

5- The remuneration for education and scientific research

Belgian law grants a system of mandatory collective management consisting of a non-transferable right to remuneration to performers whose recorded performances are retransmitted on television. This is a right that they cannot renounce. Different modes of exploitation are included in this law: retransmission by cable (since 2015), communication by direct injection (since 2019), and retransmission carried out by any other technical means than the cable (including the internet) (since 2022). Playright collects this remuneration directly from the cable distributors, and then distributes it amongst the performers.
7- The remunerations for online exploitation (on content-sharing platforms and streaming platforms)

In June 2022, a new law was adopted as part of the modernisation of the copyrights and neighbouring rights and the transposition of a European directive. This new law introduces:

These remuneration rights are subject to mandatory collective management and must be paid by the online platforms. Playright is currently negotiating with the platforms in order to obtain a fairer remuneration for performers. 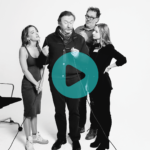 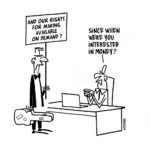 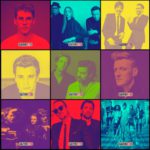