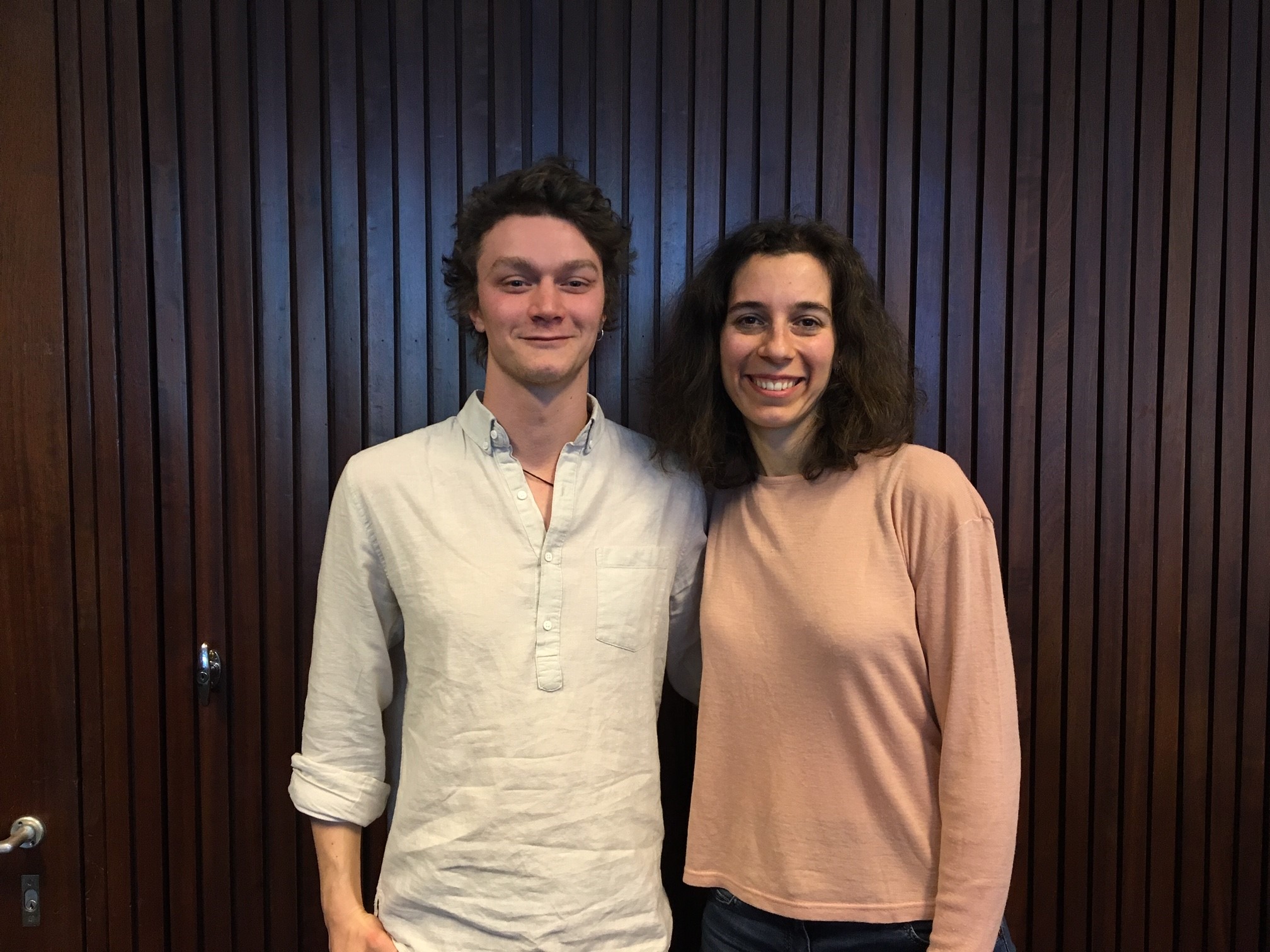 On Monday the 25th of February, a special ceremony was organised to award the three laureates of the Royal Conservatoire Antwerp their prize. As always, it was up to the team of professors of the various departments to select the laureates, relying on a number of criteria that they deem pivotal. The only criterion that PlayRight imposes is that the choice of the students is based on their qualities as performing artists. Besides that, the professors are completely free in deciding to whom PlayRight+ may award a rewarding prize.

The presentation of the prizes was extra special because addition to the Music and Drama department, a prize was also awarded to a student from the Dance department.

The prize for the department Music went to a talent with Greek roots, Diana :

The choice of the department Music, with Major in Jazz, for the PlayRight+ prize goes to the Greek singer Diana Pavlidi.

Five years ago, she left her country of origin and came to Antwerp to study. Over these past years, she’s been a great asset to our jazz department. We have seen her grow enormously as a singer, both in terms of technique and artistic personality.

Despite the sometimes difficult circumstances, she worked incredibly hard and made a lot of progress. She showed exceptional motivation and had a positive attitude since day one. As such, she created a good vibe anywhere, not only during singing classes but in every formation that she came in contact with.

The teaching team of the Jazz department is therefore of the opinion that her perseverance, her enormous progression, her fantastic attitude and her artistic personality make of her a justified winner of the PlayRight+ prize.

The prize for the Drama department went to a recent alumnus and rising star Tijmen Govaerts, whose acting career has really taken off in 2018 thanks to roles in the movies ‘Wij’ (translation: ‘We’), ‘Girl’ and ‘Kursk’. And as if that was not enough yet, the young actor will also play the lead role in the brand new VTM series ‘De Kraak’ (translation: ‘The Heist’) which will be screened on television later this year.

Last year, Tijmen obtained his degree in ‘word art’. He has always excelled on stage, but he was also very good at writing. During his final year, he was asked to present the new year’s party. That was a very special and moving moment, as it was the first time that a classical concert was presented in a non-classical way. By Tijmen. He was always ready to help out and he was very committed to anything related to his formation.

As soon as he graduated, he appeared on the big screen and played a role in three films, and at the same he had other projects in the running for which he needed to go abroad (last week when we called him, he was still in Tel Aviv). Everybody from our department agreed that he’s the deserved winner of this PlayRight+ prize.

We are very proud of him.

By the way, Tijmen already received a PlayRight+ prize in 2017 during the Festival International du Film Francophone de Namur. That was for his performance as an actor in the short film Passée l’aube.

And last but not least, it was Jasmine Norton who received a PlayRight+ prize for her performances at the Dance department.

Choosing a student of the ‘Dance’ department was very tough, especially because all of our students follow more or less the same trajectory. However, we chose for Jasmine for various reasons.

This formation is very much about making a connection between the mind and the body: starting from what’s happening on the inside and to be able to express oneself from within to the outer world. Jasmine entered the Conservatoire with a focus on the body, but she made such progress and embodies our image of what we strive for with this formation.

During her second year, she performed an amazing solo for which she really challenged herself, here on the roof of the Conservatoire. Recently, she created a project of very high quality.

Although we think that all of our students deserve to be rewarded, we chose Jasmine mainly because of the progress she made and because she embodies what we stand for. Apart from that, she’s also a student representative, a task she takes upon her dedicatedly as well. She always goes % for anything she does.