PlayRight+ 2022 Awards: a glance at the award winners 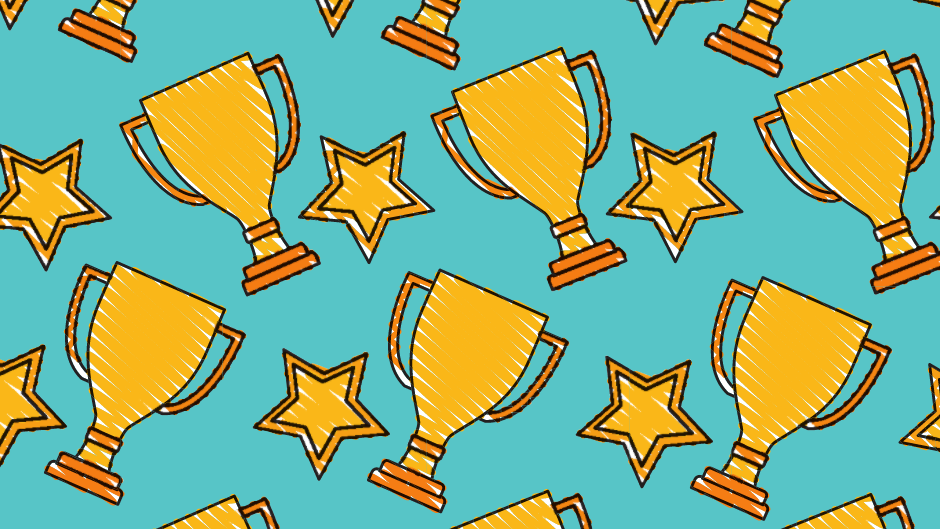 Between September and October 2022, PlayRight toured schools to reward the winners selected by the teaching teams in several schools. We present you more in detail these new talents of the Belgian scene.

Camille Donzé received the music prize at the end of her master at Arts², the jury of teachers tells us more about the winner:

“Camille Donzé has completed a flawless course at ARTS² from her entry into her 1st year of bachelor’s degree, in 2017, at the age of 18, to her brilliant degree awarded today, five years later. A student of David Cohen on cello, she has always shown willingness and enthusiasm in both chamber music and orchestral music programs, evidenced by her active participation in many of the school’s public events.”

Jeanne Cazelles received the prize for the Theatre section in the same school:

“The Jury of the Domain of Theatre agreed to award The Playright Prize to Jeanne Cazelles for the constancy and evolution she has shown in her artistic work as an actress, author and creator, as well as for her commitment to her class and her school. For her Final Year Project, she brought together a large team around a very personal and singular project, whose proposals she encouraged and whose work she was able to identify. During her defense of her thesis, Jeanne acknowledged that she still had doors to open and threads to pull together with all the participants in her project. Thanks to the solid framework of her artistic projects, she is now able to continue to give them body and life in conscience. Because she is a promising voice, the Jury of the Domaine du Théâtre awards her this Prize as an encouragement to continue with confidence in this path that she herself has begun to trace.”

The award tour did not stop in Mons and continued its way to Leuven to present a music award to Rodrigo Fernandes Marques, young graduate of the LUCA School of Art – Lemmens Campus- and marimba player:

“Rodrigo Marques was born in Portugal and started his musical studies at the age of 15 in the percussion class of the conservatory of Coimbra. But it was the improvisation class that showed him “his way”. It was there that he was introduced to the wonderful world of harmony and polyphony and fell in love with the marimba.

In a very short time, he excelled as a musician winning an impressive list of awards in the process, and he also proved to be a talented composer and improviser.

In 2019, he has chosen to complete his studies at the LUCA School of Arts, Lemmens campus, in the class of Mr. Ludwig Albert. Rodrigo’s remarkable drive and artistic talent earned him the highest distinction and congratulations from the jury.”

The PlayRight team then went to the IAD where they presented an award to the 2021 winner (who, due to the pandemic, was unable to receive his award) and the 2022 winner.

Simon Delvaux or Till L’Espiègle (prize 2021) was born on stage, and everything is a matter of play and creation for him, in all registers. Simon sings, dances, flies and always surprises with sincerity, seriousness or humor… He never stops, even when he is resting, his eyes testify to his permanent inner creative activity. He plays, he writes and does not hesitate to propose his first ideas for staging. And if he surprises on the stage and also in front of the camera, which has a hard time grasping all the facets of this Till L’Espiègle of Belgian theater! Today we can see him in Romeo and Juliet. But soon we will be able to discover his first play “Pastis Pastel” where he shares the writing and the acting with Léa De Deurwaerder. Insatiable and greedy, Simon has not finished surprising us.”

There was also nothing but praise for Emilie Eeckhout (Prize+ 2022):

“What a woman, what an artist, what a friend! A lot of ideas. Causes to tell in the theater. A lot of breath. She gives dance lessons, manages an association and directs. She also has a lot of heart. Something to tell to life. A rock and roll Iphigenia. A lot of imagination. Les Fourberies de Scapin with 1000 voices and in puppets. A lot of work. A Molieresque dialogue of disappointed lovers. A lot of love and humor. A terrible and naked song in irreverent pampers. A lot to say. A synthesis of the theory of directing course. A lot of smiles. A play on a cappella singing. A care for life. A lot of emotion. And… a tireless and promising prose. A remarkable engaged memoir about invisibilized women poets and an innovative performance-podcast. Thank you for this beautiful presence and journey through our school.”

As a closing ceremony, PlayRight GAVE an award to Isaac Van Dessel at the end of his Master’s degree in Dramatic Interpretation at INSAS:

See you in 2023 to discover the future talents of the new generation of performers.

How is the presentation of a PlayRight+ award to a college or university organized?

A representative of the teaching staff can contact the Department of Culture (PlayRight+) by emailing plus@playright.be. 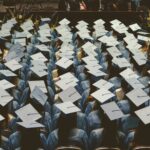 PlayRight+ award for 2 students at the Conservatory of Ghent