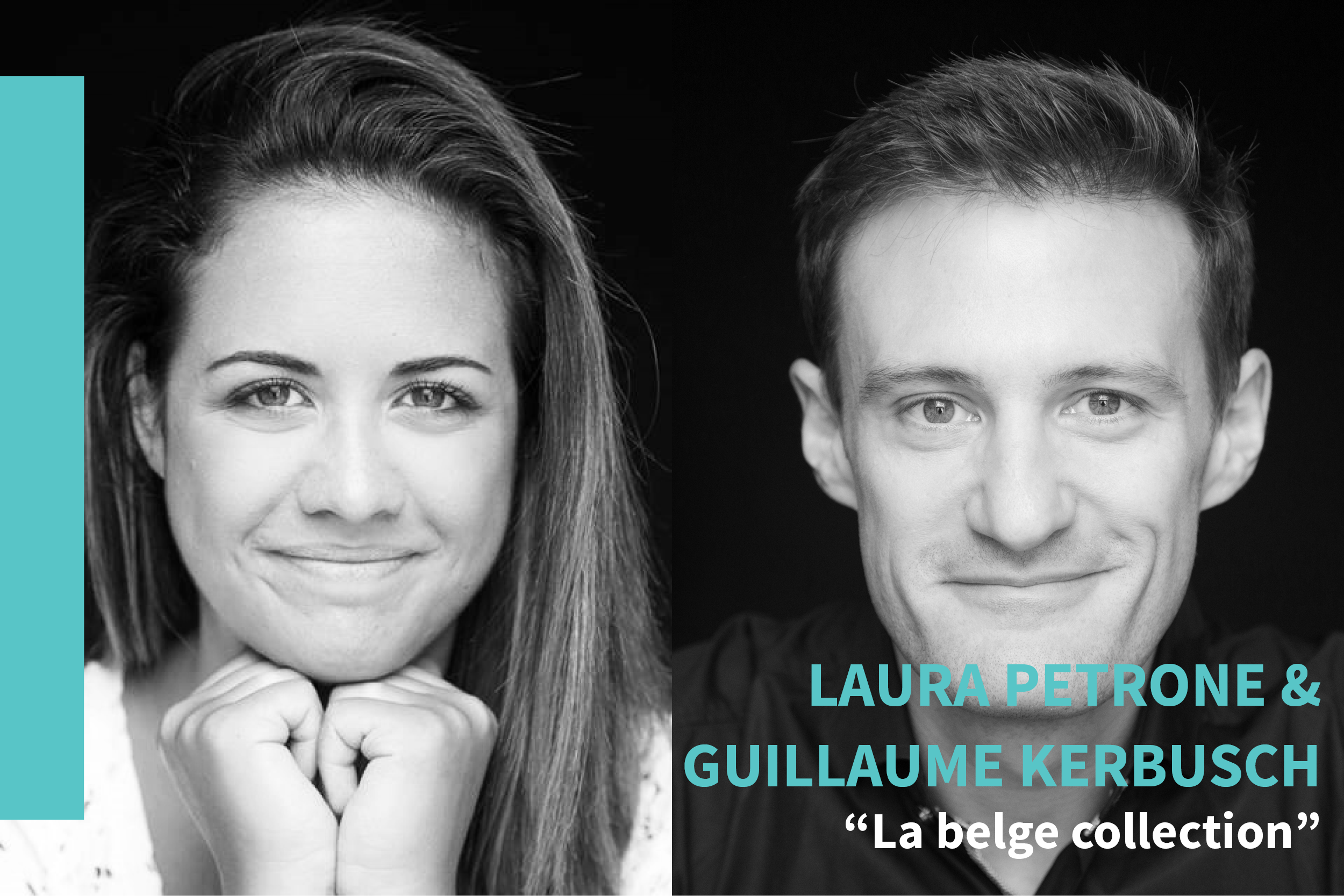 PlayRight+ provides financial support to organizations, initiatives and / or projects that put the interest of performers first. In the framework of these calls for projects, we met Laura Petrone & Guillaume Kerbusch, initiators of “La belge collection” which will allow the young generation of Belgian actors to be talked about.

With the aim of supporting emerging actors and actresses, the couple of actors is at the initiative of a collection of short films currently in preparation called “La belge collection”. The goal? Offer a business card to young actors.

You organise multiple on-camera acting workshops for actors. Could you explain some more what these entail?

Guillaume: It’s an idea from Laura Petrone and myself. We both are actors in the first place, and 2.5 years ago we started organizing ‘on-camera acting’ workshops for actors through our non-profit called Brussels Cine Studio. During these workshops we invited the casting directors and film directors that we know

Laura: We organise more than a dozen workshops a year, some last a few days, others an entire week. The original idea was to help professional actors integrate into the film market. We found that actors are not adequately trained due to a lack of cinema initiatives at the conservatory, with education mainly being aimed at the world of theatre. Our goal is to offer cinema-experiences for these theatre actors and create encounters.

You just mentioned that actors are not sufficiently educated for audiovisual aspects of their profession. Are you talking about the current or the future generation?

Guillaume: I’m talking about all actors in general. The film industry in French-speaking Belgium is so young that there does not (yet) exist a tradition such as in theatre. The industry surrounding the actor is, consequently, not yet developed either: there are no agents andthere are a lot of great theatre actors who are only now making their debut in the film business. Think of Thierry Hellin (who plays the lead role in the short film ‘May Day’, nominated for the Oscars this year) or Yoann Blanc, who has become extremely famous thanks to ‘La Trêve’ [a Belgian crime series].

How do you approach actors to offer them this kind of workshops?

Guillaume: Our workshops are aimed at actors between 18 and 40, with an extra focus on those who have just graduated from any theatre academy, and those who have not necessarily received any training, but did built up some experience in the field. We work together with Cinevox, Cinergie and the Centre des Arts scéniques who publish our offer. We have been doing this for 2.5 years now, and word of mouth is doing its job. More than three hundred actors have participated in one of our workshops until now.

How do you manage to finance your activities?

Guillaume:  We are supported by the Bernheim Foundation, which supports initiatives that give young people between 12 and 25 the opportunity to develop their skills and give these youngsters access to qualitative training. Initially, we offered workshops at cost price, and the foundation made it possible to lower the prices for the beneficiaries.

Laura: We handed in applications just about everywhere; We also received help from the National Lottery for 2019 and recently also from PlayRight+.

What support have you received from PlayRight+?

Laura: We received financial support for a certain project that consists of making a collection of four short films. The aim is to put young Belgian actors in the spotlight. We want to do more to get these young actors into the cinemas. This project could be some sort of ‘business card’ for them, which we thought would be the best way to help them get their first jobs. The name of the project will be “la Belge collection, one time”, as it is the first edition.

Guillaume: I have previously participated in a similar project abroad, and I noticed that it creates enormous visibility. We asked directors who have participated in our workshops earlier to get involved, and the names of the directors are known by now: Ann Sirot & Raphaël Balboni, Pablo Munoz Gomez, Guillaume Senez, Laura Petrone and myself.

How did you proceed in finding directors and recruit young actors?

Guillaume: We asked the directors to write short films with several actors. We will put forward between eight and twelve actors. These actors were recruited through our workshops. We used casting directors and the directors themselves also came up with actors they had in mind. Everyone came forward with his or her list, and we gave the directors the freedom to choose those actors that they consider most fit for their story.

Laura: All short films are produced and everyone participating is being paid. And that is where PlayRight+ really supported us. We also received support from BeTV, the Centre du cinema, SABAM, and from the service providers Eye Lite and Studio l’Équipe, and Tax Shelter. We will start recording at the end of summer 2019 and we would like to have the short films ready by early 2020 so we can launch them at festivals. And none other than Emilie Dequenne is the godmother of our “la Belge collection”!