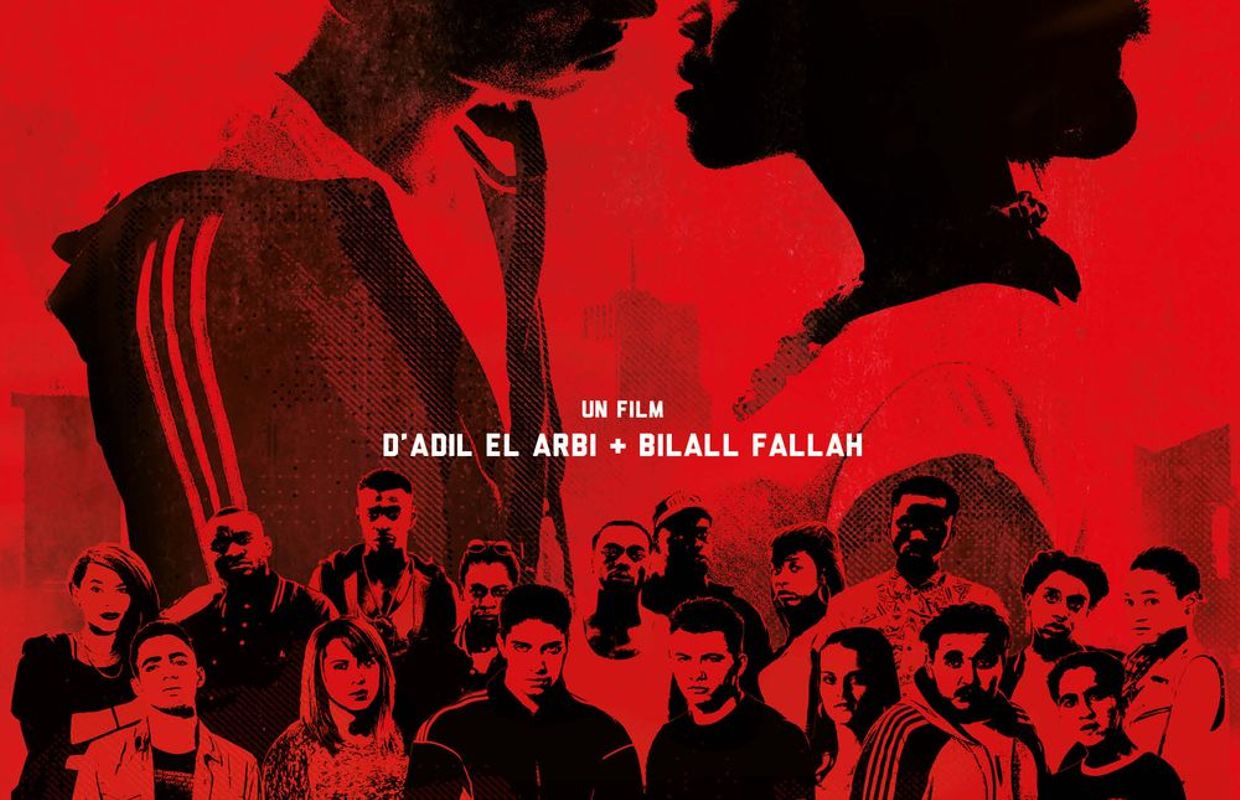 With a kick-start and golden opening weekend of a hundred million dollars they were launched in Hollywood. Blockbuster Bad Boys for Life by the Belgian directors duo Adil El Arbi and Bilall Fallah exceeds all expectations. Time for an interview with the rising stars!

The game is on; you have been launched in Hollywood. Had you ever expected this?

Adil: Absolutely not. We had hoped for an average success, but nobody had seen this coming. Not even the producers.

Bad Boys for Life was an instant hit in Hollywood. How did you manage to reach this point? What is the road the two of you have travelled?

Adil: It all started back in 2015 with Black, when the film was selected for the film festival in Toronto. Black won the Discovery Award, which attracted the attention of various Hollywood agents. They, in turn, showed the film to a number of their customers and one of them was Jerry Bruckheimer (the producer of the Bad Boys films, but also of other films such as Pearl Harbour, Pirates of the Caribbean…). Will Smith had seen it as well, and both of them were immediately big fans of Black, so they suggested working with us on a project.

That was the moment we first met Jerry Bruckheimer, whom we directly asked to make Bad Boys III. Unfortunately, that was impossible then, as Joe Carnahan was already assigned as director. A couple of months later, however, Jerry Bruckheimer came up with a new project, Beverly Hills cop 4. It seemed as if the film would be shot, but in the end the project was also blown off. One year later, Bad Boys III was suddenly available, and Will Smith proposed to Jerry to give us the film. That is how the whole Bad Boys story started.

Has it always been your ambition to leave Belgium and conquer the international market?

Adil: Our goal was to make a great Hollywood film. That was also the reason why we started making cinema, in the first place. So that dream has always been there. If you really want to make a big action comedy, sci-fi or epic, or if you want to work with famous actors, Hollywood is the only place to be.

Bilall: So it didn’t just happen ‘out of the blue’ (laughs). It was all hoped for and planned!

What was it like to arrive in Hollywood for the first time as Belgian directors? Not too much stress?

Adil: Oh yes, it meant a huge amount of stress, many sleepless nights, constant fear of failure. Bad Boys is a large franchise; it is known worldwide, has many fans and has a cost of a hundred million dollars. On top of that, there was a large studio, two superstars, et cetera. The pressure was enormous, and that stress was there every single day for two years straight, until the very moment of success. Now we mainly feel relieved!

What is your point of view regarding Belgian productions and Hollywood productions? Do you have a preference? What are the big differences?

Adil: The main advantage of Hollywood productions is that they allow you to do crazy action scenes. There are a lot more resources there and that is necessary if you want to shoot a blockbuster like this. And that was so nice, because now we had all the toys that we never had access to before. At the same time, there is much more money involved and there’s more responsibility attached to it, which means that you cannot just make random decisions quickly. An entire operating “machine” is involved; sometimes you have to convince at least twenty people of a creative decision. The crew on set consists of over fifty people. A huge difference with Belgium, where the crew is way smaller and you have way less money, so you cannot do spectacular action scenes and explosions, but you can take more risks and decide faster.

And what do you prefer?

Àdil: I think alternating between the two. It is healthy to combine the two experiences. Our experience with Belgian films, such as the difficult conditions in the streets and neighbourhoods and being creative with little money, has helped us considerably to come up with creative solutions while shooting Bad Boys, and perhaps it also helped us to cope with the large pressure.

At the same time, we spent a lot of time working on the scenarios, and we had to thoroughly argue every creative decision, which has taught us that preparations is essential, and we can use that in the future when making Belgian films. You can’t just do gigantic action scenes with so many stunts on the fly. A lot of work must be put into this, beforehand.

Is there a big difference in the way of working with Belgian actors compared to Hollywood actors?

Bilall: Definitely. Belgian actors do not have such a large entourage. They mainly act on their own. Those superstars are surrounded by a whole team, which requires a different approach. In Belgium we mainly worked with non-professional actors, except for Matteo Simoni (Patser), but all other actors had never played in a film before. In previous productions we were more like a family, and the actors did whatever we asked.

In Hollywood, on the other hand, things were entirely different because actors have much more experience. They know how to do their job and how to make a film. At the same time, Will Smith, for example, is not only an actor but also a producer. Whenever he was not on the set as an actor, he acted as a producer. Furthermore, in Belgium you do not work with actors on the scenario, except maybe during rehearsals. That is different in Hollywood, where you have to convince an actor to do something. When Will Smith or Martin Lawrence plays in a film, the eyes of the entire world are directed towards them, so you really need to gain their trust and show that you protect them as actors, that you put them in a good position and want to get their best performance out of it.

How did the collaboration with Will Smith go?

Bilall: Very good! He is a very nice guy! Will knew that it was our first Hollywood film and did his best to put us at ease. We had many creative discussions, always pushing for the best idea. At times we thought something was good enough, but then Will said, “no, we have to dig deeper”. He’s a very hard-working man, working 24/7, analysing every word of the scenario to check where it could be improved.

Adil: We still send each other text messages. We stay in touch.

Bilall: Yes, whenever we make a film, we always use a personal approach. That was also the case when we were making Patser. Will and Martin have become like big brothers to us. There were times when we were feeling quite desperate, then Will would be there to motivate us. We established a very personal relationship.

What was the highlight of your Hollywood adventure?

Adil: Just making a film with those two actors was already a highlight, experiencing funny scenes, et cetera. Certainly also seeing the magic and chemistry of the two actors performing together was magical. At that point, you are no longer directing, but watching the monitors as an audience, experiencing how the characters are gradually coming to life, laughing along with what happens on screen/on set. Then, you actually are the first audience. Those were the first most beautiful moments to me.

Bilall: Another unforgettable moment was the LA premiere! Hollywood Boulevard was completely closed off, and the screening took place in the Chinese Theatre, which is one of the best-known theatres in the core of Hollywood. Many famous stars were present, such as Snoop Dogg, Queen Latifah… and the room was filled with such energy, looking forward to the film. That was just… surreal.

Were there also rock bottom points?

Adil: Yeah, shooting in Atlanta in winter and making it look like Miami in summer. Horrible, since Atlanta looks like the Boomsesteenweg (large road in Belgium) (laughs).

Bilall: Yes, try to turn that road into Miami, with palm trees and water and a Caribbean atmosphere. While you are sitting there wearing two thick coats, a hat and gloves. Those moments are hard!

Do you now plan on playing the international market only, or are you returning to the Belgian scene?

Adil: We want to play on the international market with Belgian films, as we did with Black and Patser. We will always return to Belgium or Europe to make films here and then alternate with America, and try to make films that can be seen worldwide. Of course, those films will be smaller and more artistic, not blockbusters.

Bilall: I agree, making films both here and there, and alternate between Belgian and Hollywood actors.

Are there any concrete future projects planned?

Adil: There are various things “in the air”, on the one hand in Belgium, and, on the other, we are awaiting what will come from the US in the next couple of weeks. Every day we are being bombarded with twenty projects, and we always need to verify how good something is, how quickly it can be made, and so on. At the moment, we are a bit stressed because of all the choice! Maybe we’ll be in Belgium for the rest of the year, maybe we’ll be in the US. We don’t know yet. One concrete thing we have planned is a series in Belgium for which we are going to make two episodes.

That we will be hearing from Adil and Bilall in the future is beyond doubt. We are curious about which huge projects they will invent in the months ahead! Have you already seen the Bad Boys for Life film? It screens for a couple of weeks more in the Belgian cinemas, so what are you waiting for? Check out the trailer as a preview of what you might expect… 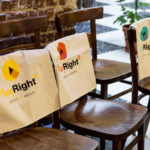 Why you, too, should become a PlayRight associate (and how to) 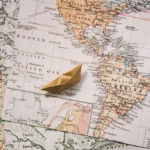