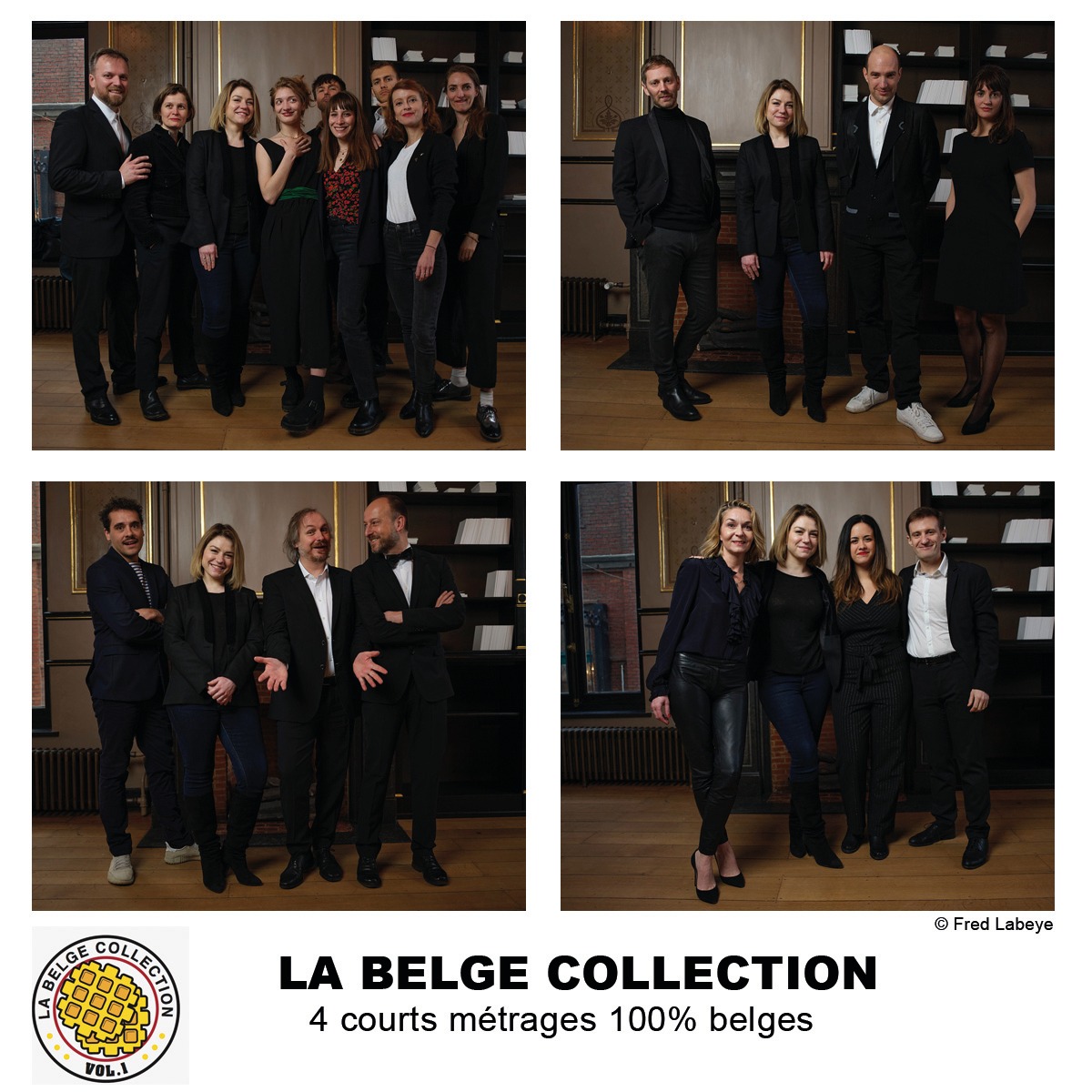 A project of four short films, conceived by the French-speaking actors couple Laura Petrone & Guillaume Kerbusch, that has the intention of letting a new generation of Belgian actors ‘have their say’. That is what ‘La Belge Collection’ is all about. PlayRight+ was part of the entire process and followed every step from the preparation phase onwards until the actual, finished short films. Even more, we filmed the entire making-off. And now it’s a wrap!

About a year ago, in light of the PlayRight+ project call, which provides financial support to organisations, initiatives and/or projects that are extra committed to put the interest of performing artists first, we met with the French-speaking actors and directors duo Laura Petrone and Guillaume Kerbusch. With the aim of supporting emerging Belgian actors and actresses, the two came up with the idea to create a collection of short films, called ‘La Belge Collection’. As such, the series of four short films had to become some sort of business card for young Belgian talent that is working their way through a market in which competition is fierce. A project that PlayRight+ was only too happy to support financially.

The first step, of course, was to seek and find directors who wanted to commit to writing various short films. However, these were rapidly found: Ann Sirot & Raphaël Balboni (‘Des Choses en Commun’), Xavier Seron (‘Sprötch’), Guillaume Senez (‘Mieux que les Rois et la Gloire’) and Laura Petrone & Guillaume Kerbusch themselves (‘Rien lâcher’). On top of that, a ‘godmother’ was appointed: Emilie Dequenne (known from ‘The Missing’). Then, the actors were selected by casting directors and the directors themselves.

But that was only the beginning. Only now could the real work and the fun begin!

In September 2019, the recordings of the first short film finally started! ‘Mieux que les Rois et la Gloire’ by Guillaume Senez kicked off the series. At the beginning, it was still a bit of a search to get everything on the right track and to shoot all images within the stipulated time, but once the routine was there and the directors and young actors got used to working together, the recordings went smoother by the day. Subsequently, in November and December, ‘Rien Lâcher’ and ‘Des Choses en Commun’ were being recorded, and in February, the series were finally concluded with the last recordings of ‘Sprötch’.

PlayRight had the privilege to be present during every recording for a look behind-the-scenes, and of each short film we made a making-off with footage from the recording days and interviews with the involved directors and actors.

La Belge Collection will finally receive the compliments that it deserves, as all of the short films will be screened during the BRIFF (Brussels International Film Festival) on Friday 11 September. An evening dedicated to this première! More info can be found here: https://briff.be/films/programme/off/la-belge-collection/.

Meanwhile, we are happy to show you the general making-off of this first La Belge Collection!