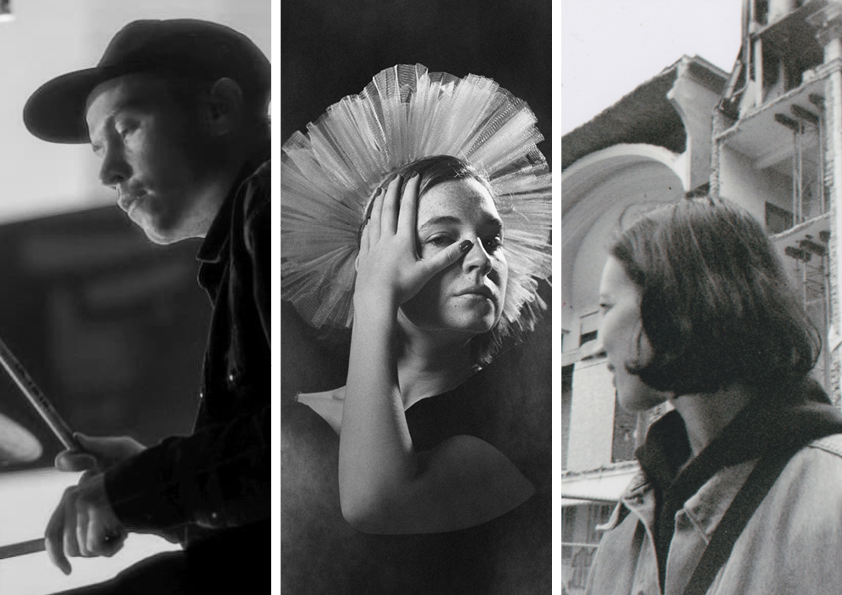 New award ceremony of the PlayRight+ prizes 2021 at the Conservatory of Antwerp ! For the third year in a row, three deserving winners from the three different departments (Music, Dance & Drama) went home with a beautiful prize of 500€. Who were the winners?

After the Conservatory of Brussels (March 2021), it was the Conservatory of Antwerp that was allowed to award the PlayRight+ prizes. As every year, the teachers and department heads of the Department Dance, Drama & Music chose one (graduate or graduating) student who gave proof of exceptional achievements as a performing artist in the course of his/her trajectory at the school.

Due to the Covid measures, the award ceremony took place in a small group, but the winners received a worthy tribute, nevertheless. The works for which they received the award were presented via a clip or film.

Klaas De Somer (27) is not just a regular artist. A fact that proves his extensive career as a drummer. At the age of three, he got his first drum kit from his parents. In the following years, he often accompanied his father (Kris De Bruyne) on tours, and at the age of twelve he was even allowed to play a few songs himself as a “special guest”. When he was fourteen, he decided he wanted to go his own way and become a professional musician working with various artists in various genres.

He was educated at many different music schools: music school at Ma’GO (Antwerp), art education at the Antwerp Art Secondary School, a Bachelor Jazz at the Conservatory of Amsterdam and in 2018 he finally decided to complete his studies at the Conservatory of Antwerp, his home city, with teachers Stéphane Galland & Teun Verbruggen, amongst others.

Meanwhile, he established contacts with rapper Tourist Lemc, musical centipede Pomrad and Balthazar frontman Jinte Deprez, aka J. Bernardt. This was followed by a period of intensive touring. In two years, he played more than 200 concerts in 25 countries, played several times in the Antwerp Lotto Arena and the Sportpaleis, and entered the largest festival stages in Belgium. This resulted in collaborations with Faces On TV and Eefje De Visser.

His teacher, Stéphane Galland, about Klaas:

“I remember that when he first entered the school, he was looking for motivation and direction. He found both very quickly and started working hard on new projects. Every lesson, he seemed more motivated. Klaas has a very strong will, and he is both extremely humble, and a real “fighter”. He is very talented, dedicated, and serious; a hard-working drummer who loves challenges and who’s always keen to learn new stuff.”

Teacher Teun Verbruggen added to this that Klaas possesses exceptional instrumental skills and has grown enormously in one year’s time through reflecting about his place in the sound and the band.

Apart from that, he gives private lessons and focuses mainly on his personal growth als a musican.

Fien is an actress/performer, singer and musician. She plays the drums, the keyboard and is skilled in various music software programmes that she uses to create (Logic) and perform songs live (Ableton). A combination of all these qualities could already be admired in her solo project ‘God is a DJ’ which she conceived and performed with a balanced mixture of seriousness and shameless sense of self-relativizing humor during her second year of training.

In addition, she took on various artistic collaborations with theatre house FroeFroe, to name one, where she co-composed the play ‘Odyssey’ and also performed as a singer/musician, actress and puppeteer. Moreover, she is part of the group of puppeteers working on the Instagram show ‘MERKBET’ and she’ll participate in the show ‘Diva’ in July, both plays from FroeFroe.

Patricia Beijsens, coordinator of the specialisation Cabaret about Fien:

“Fien distinguished herself during her study trajectory at the Royal Conservatory of Antwerp, studying Drama, major in Cabaret, because of her infectious eagerness and motivation, artistic imagination, devoted hunger for craftmanship and, above all, her versatility on a creative level as a performer of both her own and existing material.”

Finally, Fien is co-initiator of a new woman’s band called BLOND, for which she makes and performs Dutch electronic pop together with two other Cabaret students, Linde Notenbaert and Caitlin Talbut. A first single with videoclip was released in May. For her Master’s dissertation, she presents a live concert with BLOND including a mix of film, music and theatre. They are working on a total of four video clips, together forming a short film that will also be shown on YouTube. BLOND was asked by the young collective Moneymakers (Drama graduates, LUCA, Leuven) to provide the music for their production ‘Hysteria’.

Within the Department Dance, the clever student Anne-Lise Brevers was the one who got all the glory. She was also one of the first students to follow this new Master of Dance that was launched in 2019.

Annouk Vanmoorsel, Head of the Department Dance: “Anne-Lise Brevers has completed a particularly unique path as a dancer. Her perseverance and drive , combined with a special artistic language, make her a highly valued student of this new Master programme Dance. She will conclude the programme belonging to the first group of graduates. We are proud of what she has achieved and are looking forward to seeing her future work!” 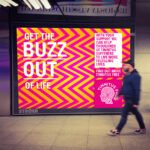 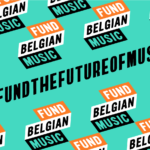 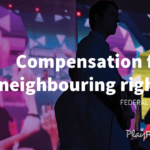