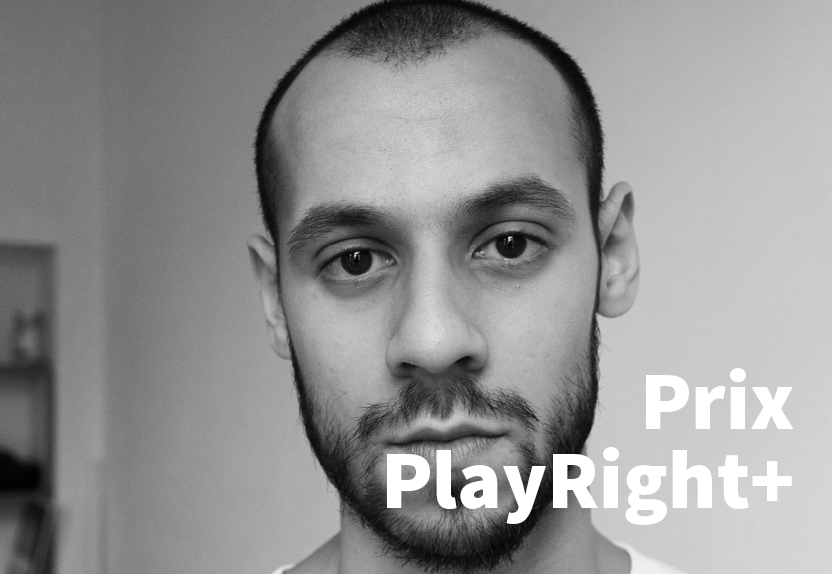 Each year, PlayRight+ rewards several students who are completing or have completed their artistic studies. The laureates, selected by their teachers, are put in the spotlights during an award ceremony before they start off on their own famous journey as musicians, singers and/or actors or actresses.

In 2020 it was actor Mehdi Zekhnini who was selected by the IAD theatre faculty team. For the occasion, Dominique Serron, playwright and professor at the Institute des Arts de Diffusion, conducted the interview with the winner.

How did you get inspired by theatre? When did it first cross your path?

My first encounter with the “game”, with acting, was at a very young age. I was, and still am, a huge fan of cinema. Very early on, I devoured all the films in my father’s video library, I spent long days watching and re-watching the same films. At that time, I did not want to become an actor, but the characters in the films allowed me to escape from reality. I can still picture myself in the house where I grew up, embodying the actors and actresses that I saw in the cinema. It opened up a new imagination and boosted my creativity.

Both theatre and the desire to become an actor came much later in my life. I was in my 4th year at secondary school. I once again failed my year and my parents insisted that I should obtain my degree in general secondary education. However, I had only one wish: to stop school. I felt out of place, sitting on a school bench… I felt locked up. I stayed there, on those school benches – for my parents – but I chose to take the option ‘theatre’. I had gone through a winding journey and I had exhausted all the possible options in school; Even if it meant starting the year over, I told myself that taking up theatre could keep me busy and that it could not do me any wrong… I loved cinema and the life of an actor intrigued me.

My first theatre class: we were a small group of about ten young people. When we met our teacher Jean-François Maun, he became my mentor right away. He explained us what the course would be about, what the objectives were, and he really focused on the public spectacle that would take place at the end of the year. At first I said to myself: “No way. I will not perform in a public spectacle.” As JF wanted to get to know us, he asked us to prepare something of our own choice to introduce ourselves to the others. The week went by, it was Sunday evening and the presentation was the next day. I had no idea what I was going to do. I was on the verge of calling JF to tell him that I was quitting. That evening, I decided to watch a movie, like every night when I’m too worried and my only desire is to escape reality. I played “25th Hour” by Spike Lee, a film that tells the story of a man’s last 24 hours before going to prison, and his attempt to fix his problems. In the middle of the film, there is this scene in which the character finds himself in front of a mirror and his reflection starts to speak to him. The monologue makes us understand all the discomfort that he is going through and his need to express himself. The language is raw and violent. I liked it a lot. I didn’t want to continue the course and I wanted to leave “in style”! So I transcribed the text and worked all night. I was impatiently looking forward to the moment when we would meet in the rehearsal room.

The course started, we were seated in line, JF asked who wanted to go first and I got up. I went up on set and stood there in front of everybody. I started: “I say to you, Fuck you. Fuck you, fuck you all! I hate this city and despise all its inhabitants…”.

I performed the entire scene like that and did it with so much devotion. It was not perfect at all, but I didn’t get lost in the text and I saw something in the eyes of the audience that encouraged me to go on until the end of the scene. Something was boiling inside of me and weirdly I was very relieved to have expressed a form of anger and violence that I had inside . I returned to my seat and looked at my classmates. Then I said to myself: “I went on stage, I spoke to the audience telling them straight in the face to go fuck themselves and they applauded me. That’s what I want to do in my life.”

What was your itinerary like during your studies? What do you remember from this experience?

My career at IAD went generally well. I found my place very quickly. I had come to this school with a very clear and precise goal: to do remakes and try to play a role in an “end of studies theatre play”. And I successfully reached this goal. Along with my inclination for cinema, it were these exercises that had encouraged me to enter this school. I loved the theatre but I didn’t think I would continue on this trail. However, the apprenticeship I did allowed me to explore new things and to get better at acting.

I did not find pleasure in all of my projects or all of the classes, but I was fortunate enough to have the freedom to explore and suggest what I wanted. In addition, even if some projects spoke to me less, I always learnt something from them and above all, getting out of my comfort zone allowed me to rediscover myself. I kept focusing on what I wanted and I did it my way. I was sufficiently self-disciplined and very rigorous in my methods and my artistic direction. I also joyously developed a certain ‘like’ for the team, for group creation during workshops together with directing and playing on stage. Today I look back happily on my career at IAD because I feel I have always stayed honest to myself and I have been able to forge my identity as an actor. I’ve still got a long way to go, but I think I have found the right path.

How do you see the future? What would you like to accomplish?

I cannot really project myself into the future. After leaving school I had the chance to get involved in a few projects and to keep a pace of work. I hope I will be able to manage to hold this work flow. I am aware of the realities of this profession but there is some kind of naivety in me that allows me to move forward.

At the moment I really want to continue to meet new people and improve my acting skills, whether it be in cinema or theatre.

Once I’ve gathered enough experience, maybe I’ll decide to direct a movie or create a theatre show, but I am still far from all that. I still have to learn a lot about myself, to know in which direction I want to go: acting on stage or before a camera. And above all, I need to learn more about the world of acting. I think that practice, reflection, patience and my failures will allow me to keep growing in this field. I am obviously very happy to receive this prize, as a symbol of recognition from my teachers, a symbol of a first accomplishment. 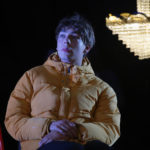 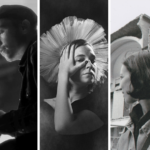